3 Secrets to Get Your Nonfiction Book Published and on Shelves 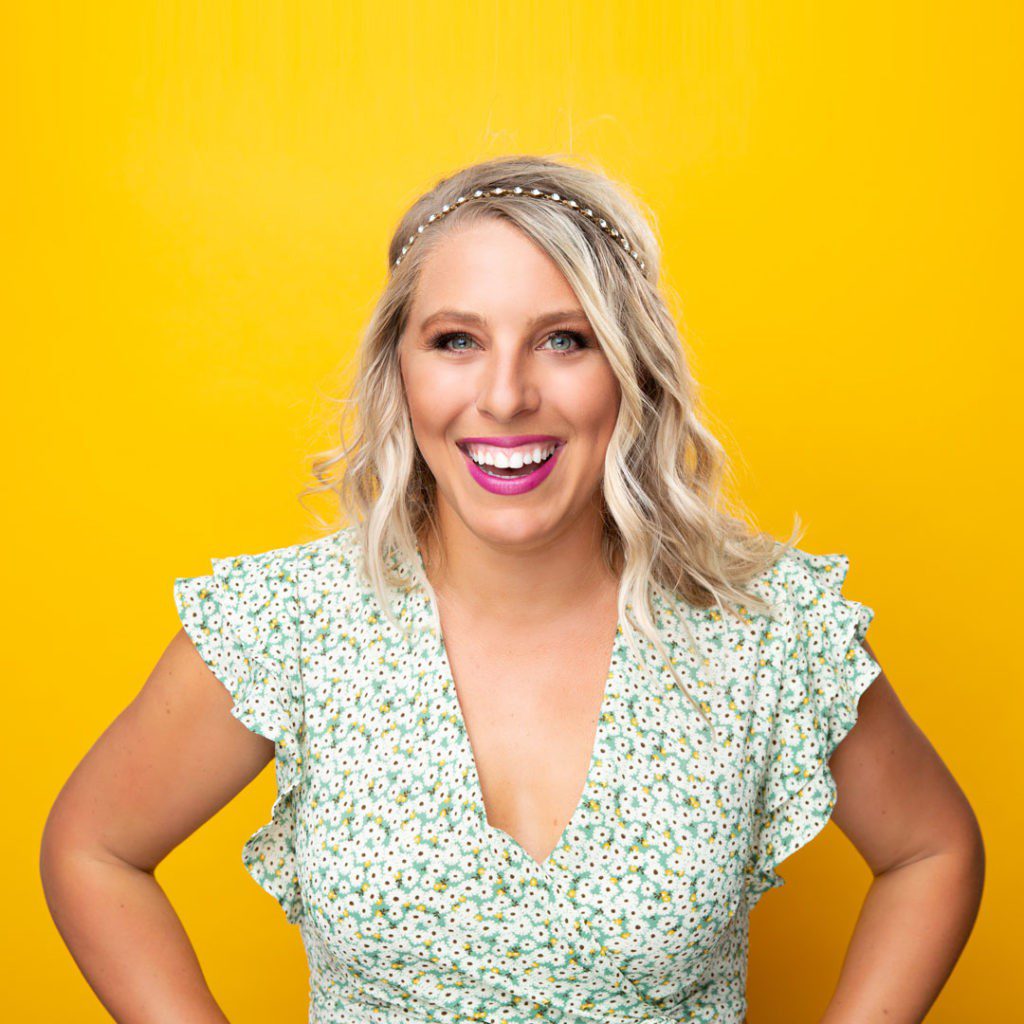 Are you facing a big decision in your life right now? It’s hard to make decisions that will impact your life!

In this episode of Business on the Bright Side, I’m sharing how I approach big decision making! I’m also highlighting how we used this approach for our decision to uproot our lives and live in an airstream!

When a decision becomes too big and scary, pretend to go all in and see how it feels. After that first step, you’ll find that fear slowly fades away.

One Liner: When a decision becomes too big and scary, pretend to go all in and see how it feels. After that first step, you’ll find that fear slowly fades away. (9:29)

I've created a shop for people who do, because I think that the best selling product that you're looking to create is the story that you already have. The Bright Side Shop is filled with digital and physical products to help you do just that.

Hey, everyone. So this is going to be a fun episode. This episode of Business on the Bright Side, I'm going to answer the common question that I get of, "What was it like deciding to live in an Airstream?"

My husband and I have been living full time and traveling full time in an Airstream travel trailer for about a year and a half now. It's a little bit longer than we anticipated. First we said six months, then a year, and now we've just kept going. So a lot of the questions that we get are, "How did it happen? What did we do first?" So I'm going to answer all of that on this episode, but I'm also going to show you the framework that I use to make big decisions like this. Living in an Airstream seems absolutely bananas, and it is; but when you can break it down, your big ideas and your dreams, into these smaller goals and give yourself a framework of how you're going to weigh decisions, it can make it that much easier and make those decisions that seem really, really big, not so scary. So let's get to it.

What's up, everybody? It is Jess Ekstrom, and welcome to Business on the Bright Side, the podcast where you can learn how to make a living and make a difference at the same time. Life is short and so is my attention span, so let's get started.

We call it the coconut shrimp that changed our life. In all seriousness, we were at a restaurant. It was right after we got married, and we had some gift cards for our wedding. One of the gift cards was to Bonefish Grill. We went to Bonefish Grill and we ordered coconut shrimp, and we started talking about living on the road because my parents have been living on the road for about five years at that point. They are also entrepreneurs, and they sold their company. They sold everything that they owned, and they packed up, got a Winnebago RV, and now they're actually volunteer park rangers, which I think is adorable.

But we were eating this coconut shrimp and we're like, "Wouldn't it be cool if we could do that, just live on the road, see national parks?" We love camping. That's where we got engaged was when we were camping. As we started talking about this, we said, "Maybe this is something that we could do when we retire." Go and retire and travel and hit the road.

Then as we were talking about it, we were like, "That seems really far away." I had just figured out what a 401k is. "It's probably going to be a while until we retire, so what would it look like if we did this now?" That's when the vision planning really started to take place was when we decided, "Let's just play around with this idea. What would happen if we packed up all of our stuff, put it in storage, and got a RV, and hit the road and started traveling?"

I think that little did we know, this tactic of playing pretend is a really great tactic when it comes to making big decisions that feel huge or a life change. Maybe you want to start a company or move or go live in an RV, instead of having this moment where you're like, "Am I doing this or am I not?" just pretend to go all in. Just give yourself a time period, maybe one week, two weeks, a month. In that timeframe say, "Okay, I'm going to play this role of pretending that I am about to go live in an Airstream for two years."

Then so once we made that list, it might feel overwhelming to look at all of those things that you need to do. But then I want you to ask yourself, "Which of these steps is that first domino?" The first domino is what needs to happen first for anything else to happen? For us, that first domino was understanding budget. We needed to know what does an RV cost? What do campsites cost? What will it take financially for us to do this trip? Because if we can't make that first domino work, that first step, then all of the other steps after that don't really matter. So for example, I'm not going to go start looking at wifi routers for our RV if I don't even know if we can afford this trip, or I don't even know what kind of RV we would want.

This episode is brought to you by my new e-commerce shop, thebrightsideshop.com. I created this shop for people who do because I think that the best-selling product that you're looking to create is the story that you already have. The Bright Side Shop is filled with digital and physical products to help you do just that. So head to thebrightsideshop.com and get shopping.

The first question that I want you to ask yourself when you're pretending to go all in is, "What do we need to do to make this happen?" Make that list. Then that second question is, "What's the first thing that needs to happen on this list? What is that first domino? What is the thing that I need to look at before I look at anything else?" Then just start there. Don't think about the rest of the list. Then once you do that, go after the second domino, then the third, and you get my point.

So for us, it was figuring out the budget, and then we wanted to figure out what RV we wanted. Then that third domino was, could we lease out our place? Then if we can do that, where could we store our stuff? So little by little, we started walking down this path and slowly checking these things off of our list just by playing pretend.

The third question I want you to ask yourself when you're making a big decision and you're starting to go down this path is, "Is there friction, or is there flow?" So with friction, do you keep hitting snags and finding dead ends? Is trying to make this decision exhausting your resources and your energy? If so, maybe there's an alternate way you could do it, like renting a camper for a few weeks. Or maybe when you're experiencing this friction, you realize, "Hey, I thought this was something; it's not," and move on. But maybe you find the flow. So it's where that one domino helps you accomplish the next domino, and that whole thing starts to develop wheels.

So for example, when we started researching RVs that we wanted, we fell in love with Airstreams. If you're unfamiliar, Airstreams are those tin can, cylindrical ones that look like you're in a submarine or a spaceship or something. I ended up reaching out to Airstream; and little by little, we became Airstream ambassadors, and now they've been a great partner for my company. They helped promote the book. We helped test out different products that they're selling, and we give them feedback on the models. It's just become this amazing partnership that is so unexpected, but we caught up with them in this flow of trying to see if this would work. So little by little, each domino began to fall.

Then there were some dominoes that we didn't anticipate, like we got a massive dent in our Airstream before it even arrived, or some that were easier than expected. So it wasn't this fluid line from dream to reality, but there was always enough momentum and energy around this idea of living on the road that we couldn't imagine turning back and not doing this.

Eventually in March 2019, we packed up and we hit the road. It was bumpy at first, quite literally and figuratively; but eventually, we found our groove.

So just to recap, if there's something big, you're trying to decide that you want to do, whether it's live in an Airstream or start a business or whatever it might be, try this framework.

First, pretend to go all in. Give yourself a set amount of time, and just play this role that you're doing this.

Second, ask yourself, what are all the things that you need to do to make this idea happen, and physically make that list.

Third, when you're looking at that list, pick that first domino, that thing that needs to happen before any of the other things can happen.

Then fourth, decide if you're hitting friction or finding flow. You probably won't even need to remember step four because you'll know either way.

I'll leave you with this. When a decision becomes too big and scary, pretend to go all in and see how it feels. After that first step, you'll find that the fear slowly fades away.

Thanks for listening to Business on the Bright Side. I'm your host, Jess Ekstrom. For all the show notes, head to businessonthebrightside.com, and be sure to tell me what you thought of this episode on Instagram. If you're picking up what I'm putting down, subscribe and write a review wherever you consume podcasts. See you next time, and keep chasing the bright side.

Join the Business on the Bright side Facebook Community 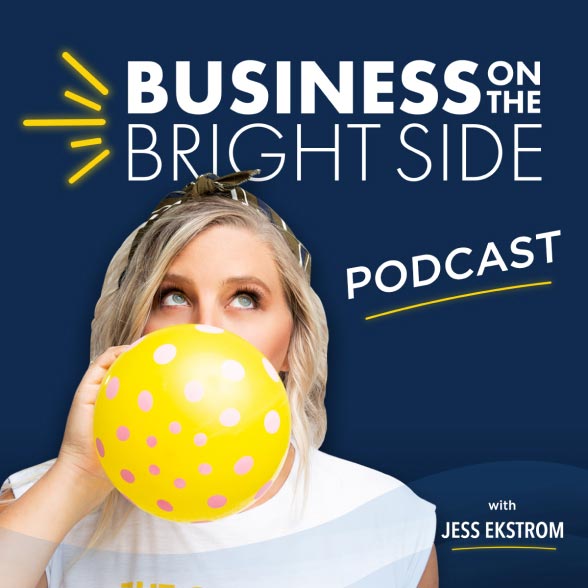 Get notified when new episodes are available!

A Guided Online Journal for People Who Do 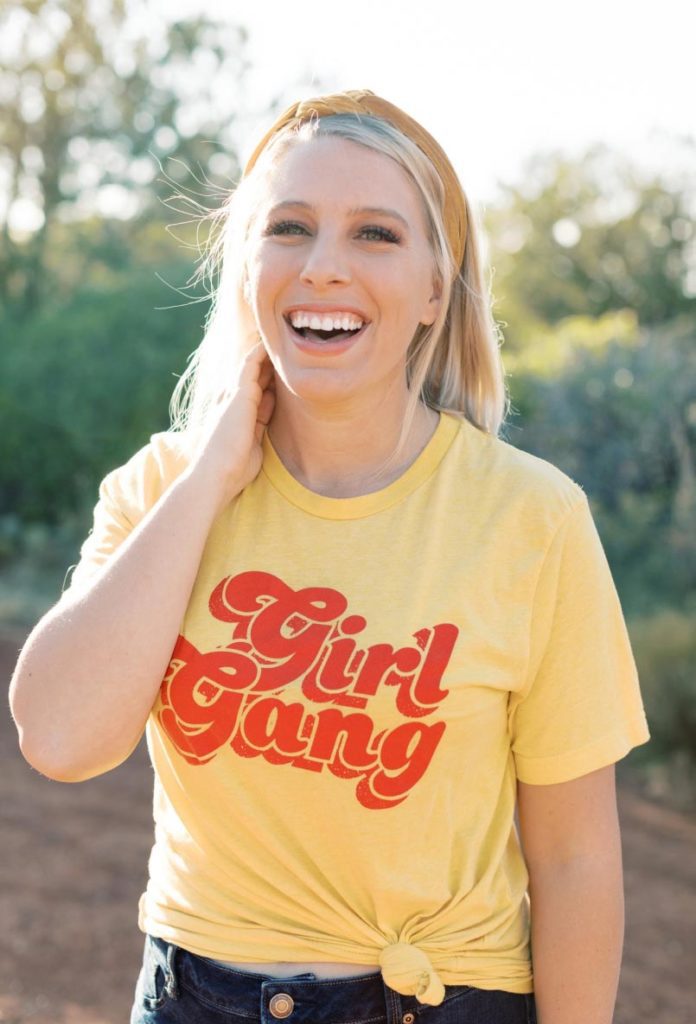 EVERYTHING I CREATE IS TO HELP YOU TELL AND SELL YOUR STORY, SO YOU CAN MAKE A LIVING AND MAKE A DIFFERENCE…

at the same time

Let me be straight with you – I’m not that perfectly filtered influencer on the internet that promises you the world and doesn’t follow through after that credit card is swiped.

Enough about my story, let’s discover the purpose of

Take my THOUGHT LEADER QUIZ to help you discover the best way to monetize your story.

PrevPreviousHow to Create Content that Gets Shared on Social Media
NextYear in Review: What Worked, What Didn’t, and What to Do NextNext
Open

This error message is only visible to WordPress admins

There has been a problem with your Instagram Feed.

MAKE A LIVING & MAKE A DIFFERENCE

MAKE A LIVING & MAKE A DIFFERENCE